Tashkent, Uzbekistan (UzDaily.com) -- Transfer of large consumers of natural gas to separate industrial collectors and other specific measures are used to ensure stable gas supply to Tashkent region. This work is based on an analysis of the situation, which is carried out by the Headquarters under the Ministry of Energy of the Republic of Uzbekistan.

In particular, in Zangiata district of the capital region, 24 large consumers were transferred for gas supply to separate industrial collectors, including textile and confectionery enterprises, fuels and lubricants, ceramic products, feed, and others.

In Buki district, as a result of the analysis of the Headquarters, it was decided to conduct a separate high-pressure gas pipeline with a diameter of 325 mm, sent to the Kashkadarya gas distribution station (GRS). This will improve the gas supply to 4350 residential buildings, 15 social facilities and 16 business entities in the city of Buka, in the Bunyodkor, Chigatoy, and Altish mahallas. To date, 4.5 km of the gas pipeline have been laid.

An analysis of the state of affairs in Akkurgan district showed that there is potential for an unused land gas pipeline with a diameter of 273 mm and a length of 6 km, which starts from the Mekhnatobod gas distribution station in the neighboring Kuichirchik region. By specialists, this gas pipeline built in 2012 was tested for density and strength using a compressor under pressure, cleaned with air and as a result is now ready for use. In addition, the construction of a separate network is being completed in the internal part of the GDS. According to the deputy chief of staff Akmal Eshonkulov, this work will improve the gas supply to 1,415 residential buildings and 7 secondary schools located in seven local mahallas.

“Taking gas supply to a new level is also facilitated by the work on digitalization of the sphere and the implementation of the ASKUG program, which records natural gas consumption through an automated system that excludes interference from the so-called “Human factor” in this process, ”said the deputy chief of staff.

The introduction of the ASKUG system will provide a number of advantages for analyzing the state of the system, including accurate data on the throughput of gas pipelines, the development of a schedule for reducing pressure in gas pipelines, calculating the volume of natural gas output in case of an accident on gas pipelines, and others.

In the future - the introduction of a single program “Shafof Gaz”, which will combine existing programs on a single platform and will make it possible to replace the entire system with a digital one. Shafof Gaz will create the opportunity to provide online services to both employees and consumers, independently obtain the necessary data. 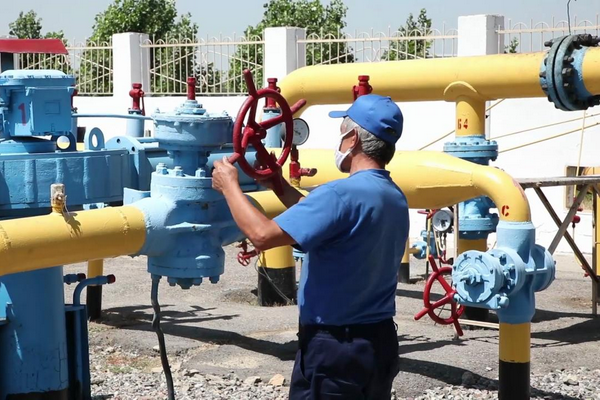 Tashkent, Uzbekistan (UzDaily.com) -- It is planned to save 3.3 billion kWh of electricity and 2.6 billion cubic meters of natural gas in the economy of Uzbekistan over 2 years due to energy efficiency measures.

The agricultural cluster invests US$8.8 million in irrigation of land in Jizzakh region

Tashkent, Uzbekistan (UzDaily.com) - Jizzakh organic cluster was the first in Uzbekistan to import American sprinklers of the latest generation Valley. This technique will allow to establish rational irrigation of land and reduce the cost of meat production of the cluster.

Crown Agents to assist in the promotion of textile products

Tashkent, Uzbekistan (UzDaily.com) -- On 3 July 2020, negotiations were held with the international company Crown Agents as part of a videoconference organized by the Uztekstilprom Association with the assistance of the Embassy of the Republic of Uzbekistan in the UK.