Tashkent, Uzbekistan (UzDaily.com) -- The chairman of the Uzstandart agency, employees of the Ministry of Economy and Poverty Reduction, German Society for International Cooperation GIZ, took part in the event organized by the Uztekstilprom Association on 1 March in the building of Uz-Kor Textile Technopark, representatives of international certification companies SGS and Hohenstein, textile companies.

The main purpose of the event was to tell the industry representatives about the importance of international standards in the development of the industry and increasing export potential, increasing the competitiveness of products in foreign markets, as well as awarding the international certificate ISO 9001: 2015 to the Uztekstilprom Association.

It is known that the President of the country Sh. Mirziyoyev, the textile and garment-knitwear industry is designated as one of the important drivers of the republic's economy. This is due to the achievements of recent years, large-scale reforms at enterprises, the growth of production and exports, the creation of textile and clothing enterprises in all regions of the country and the employment of the population in these areas, especially women.

In 2020, despite the current situation in the world, textile products were exported to more than 60 countries by more than 1200 enterprises worth US$1.9 billion.

With regard to the export of products with high added value in the total share of exports amounted to 50.2%. New markets such as France, Austria, Kuwait, Hungary, the Philippines, Luxembourg and Greece were conquered, and exports were made to countries such as the European Union. In particular, the supply of medical devices to these countries has expanded.

The biggest achievement was the implementation of international standards ISO 9001: 2015 by the Swiss international certification company SGS in the Uztekstilprom Association, which presented the management of the association with a special Certificate.

In addition, under the auspices of the Uztekstilprom Association, the Textile Standart Service organization was established. This organization will assist industry enterprises in all matters related to the implementation of international standards and product certification, obtaining subsidies for implementation in the textile and clothing industry.

As part of the event, representatives of the German company Hohenstein in Uzbekistan organized a seminar for the company's representatives on the implementation of the international OEKOTEX standard.

“The international Oekotex certificate is an important certificate for entering the European market. At present, our certificate is recognized in both the USA and China. It should be noted that over the past period, subsidies provided by the Government for the implementation of international standards have stimulated the further development of textile enterprises. To date, these standards have been implemented by more than 45 large enterprises. This is a big step in increasing the export of textile products to the European market,” said Anna Ten, the representative of Hohenstein in Uzbekistan. 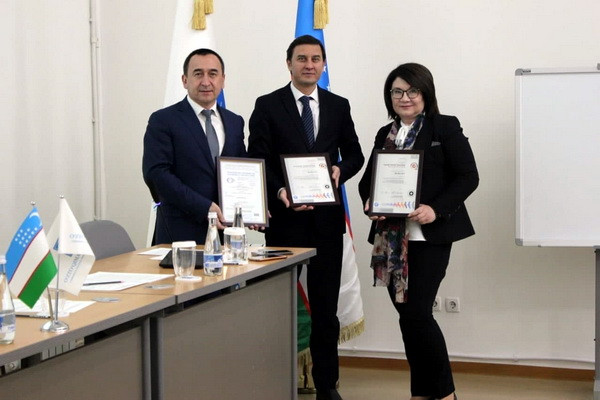