According to the decision of the shareholders, Jennifer Bigelow was appointed to the post of director-general of GM Powertrain Uzbekistan from 1 December 2015.

She will be appointed to the post for one year. She will replace Geist Robert Walter, who has been heading the company since March 2014.

Powertrain Uzbekistan was created by the General Motors (USA, 52% stake in the venture) and Uzavtosanoat (48%). The enterprise specializes on production of automobile engines. The capacity of the plant is 225,000 engines a year. 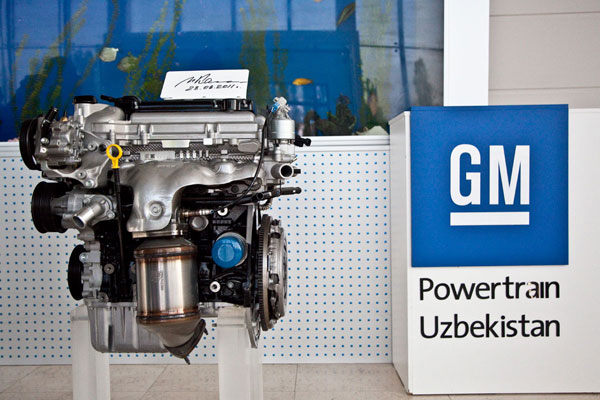 Tashkent, Uzbekistan (UzDaily.com) -- According to Uzbekneftegaz, for 9 months of this year, it was planned to produce 1.11 million tonnes of liquid hydrocarbons, in practice, 1.15 million tonnes or 3.4% compared to the forecast (the growth rate is 0.6%).

Tashkent, Uzbekistan (UzDaily.com) -- On 22 October, Shavkat Mirziyoyev, as a candidate for President of the Republic of Uzbekistan, met with the Head of the Election Observation Mission of the OSCE Office for Democratic Institutions and Human Rights (OSCE/ODIHR) Eoghan Murphy.