AFD to finance its first project in Uzbekistan

On 19 December, AFD and the Government of Uzbekistan signed a credit agreement for 23.5 million euros within the framework of financing of the project. This is the first credit agreement, signed between AFD and Uzbekistan.

According to the Embassy of France of Uzbekistan, European Union also will provide a loan for 8 million euros via its Investment Fund for Central Asia (IFCA) to finance the project.

The project envisages creation of efficient and long-term integrated management of solid waste, using the best practices and international standards. It will finance all works and chain of waste management system – collection, processing and utilization.

It is planned to construct and repair 200 waste collection points, purchase 70 waste collecting vehicles, construction of the center for sorting of solid waster and center for waste burial, installation of biogas processing facility, which will be used as bioreactor.

The project will help to improve institutional capacities of Samarkand administration and Maroqand Obod, which specializes on waste collection.

This complex project is the first such kind of projects in Uzbekistan and Central Asia, the Embassy of France in Tashkent said.

Ambassador Extraordinary and Plenipotentiary of France to Uzbekistan Violaine De Villemeur said that the project shows intend of France and Uzbekistan to strengthen bilateral relations and open way to new cooperation with the AFD. 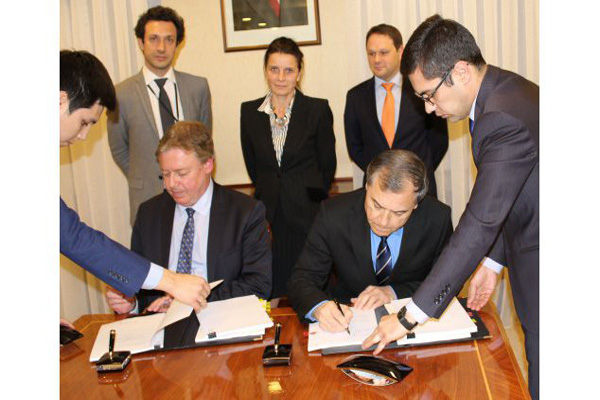 Tashkent, Uzbekistan (UzDaily.com) -- The chairman of the Uzstandart agency, employees of the Ministry of Economy and Poverty Reduction, German Society for International Cooperation GIZ, took part in the event organized by the Uztekstilprom Association on 1 March in the building of Uz-Kor Textile Technopark, representatives of international certification companies SGS and Hohenstein, textile companies.

Tashkent, Uzbekistan (UzDaily.com) -- The state debt of Uzbekistan attracted under state guarantees in external and internal markets, as of 1 January 2021, made up US$23.3 billion or 40.4% of GDP. This was reported by the Ministry of Finance of Uzbekistan.