Fitch has also assigned Khalq a Viability Rating (VR) of ‘b-’, reflecting upcoming changes to its business model and balance sheet. It will transfer its unique policy role of accumulating and managing the pension savings accounts of individuals to the Ministry of Finance within the next three years. Pension distributions will, however, remain at the bank due to its branch network, which is the largest in the country.

QQB’s and Khalq’s IDRs are driven by potential support from the Uzbekistan sovereign (BB-/Stable) in case of need. The banks’ Support Rating (SR) of ‘3’ and Support Rating Floor (SRF) of ‘BB-’ consider Uzbekistan’s moderate ability to provide support as well as a high propensity to support. This is mainly based on the banks’ full state ownership, which has a high influence on our assessment, the low cost of potential support for the authorities relative to the country’s international reserves as well as a recent history of state support.

The ability of Uzbekistan to provide support to Khalq and QQB is underpinned by the moderate size of the banking sector relative to the economy (total sector assets were equal to USD27 billion at end-1H20, with a loans/GDP ratio of close to 50%), while sovereign international reserves were equal to a notable USD31.6 billion at the same date.

Fitch has affirmed Khalq’s and QQB’s sovereign-supported ratings, despite the government’s recently published strategy on banking sector reform and privatisation of state-owned banks, as we believe that the authorities will maintain a high propensity to support these banks until the state ceases to control them. Fitch believes that the government will likely sell minority stakes in these banks initially, with privatisation of controlling stakes being a longer-term process.

The Stable Outlooks on Khalq and QQB mirror that on the sovereign ratings.

The VRs of Khalq and QQB are heavily influenced by the challenging operating environment in Uzbekistan, potential weaknesses in underwriting standards and risk controls, rapid lending expansion in recent years and still limited commercial franchises, as both banks’ business models have been focused on subsidised lending under government programmes in recent years. The VRs also consider a moderate dollarisation of loans at these banks (20% at Khalq and 16% at QQB) relative to the sector average of 48%, reasonable asset quality and profitability metrics to date (somewhat better at QQB) and stable capitalisation.

The VR of Khalq of ‘b-’ is lower than a QQB’s ‘b’, reflecting Fitch’s view of somewhat weaker underwriting standards at the former, resulting in weaker asset quality and profitability metrics in recent years.

Impaired loans (Stage 3 and purchased or originated credit-impaired, POCI) fell to 5.5% of gross loans at end-2019 (latest available IFRS data) from 8.1% at end-2018, but this was due to the loan book growing by 1.7x during 2019. The coverage of impaired loans by total loan loss allowances (LLAs) was a modest 55%. Fitch believes that such high growth is unsustainable at Khalq, albeit supported by large capital injections from the state in the same period.

The corporate loan book (62% of gross loans at end-2019) mainly comprised medium-term financing for purchase and import of equipment and working capital financing. Retail loans were broadly evenly split among mortgages, unsecured consumer loans and loans to individual entrepreneurs. The loan book is unseasoned due to high growth in recent years and grace periods granted to customers for repayments. Positively, the majority of loans are backed by tangible collateral. Credit concentrations are apparent, with the 25-largest borrowers accounting for one third of gross corporate loans at end-2019.

Profitability metrics are weak at Khalq due its policy function of accumulating pension savings accounts, under which the bank pays interest equal to the refinancing rate, while loans are granted at lower rates. Since 2020, Khalq has been originating loans under market terms, and we therefore expect its net interest margin to strengthen further (8.4% in 2019, 3.2% in 2018). Operating efficiency also improved in 2019, but the cost-to-income ratio is still high at 72% of gross revenues. Khalq’s bottom line results will significantly depend on asset quality, as the bank’s cost of risk could start to increase (2019: 2.4%) due to loan book seasoning and tough operating conditions.

Capitalisation is underpinned by regular capital injections from the state, which totalled about USD250 million in 2019 alone, supporting Khalq’s rapid growth. As a result, its equity/assets ratio was a comfortable 25% at end-2019. Regulatory capitalisation was strong, with the Tier 1 and Total capital ratios equal to 20% and 22.5%, respectively, at end-1Q20 versus the minimum required levels of 10% and 13%.

Khalq’s funding profile is still dominated by the pension savings accounts, which were equal to 30% of total liabilities at end-2019. Fitch understands from management that the transfer of these savings accounts to a division under the Ministry of Finance will be completed within the next three years, upon redemptions of respective assets on Khalq’s balance sheet. Funding diversification, mainly from customer-deposit gathering, is therefore a priority for the bank. Foreign funding from international financial institutions (IFIs) accounted for a moderate 20% of liabilities, with fairly long tenors and manageable repayments in the upcoming years.

Liquidity buffer was solid at Khalq, as the bank’s cash and short-term interbank placements were equal to 27% of total assets at end-1Q20 and sufficient to meet short-term wholesale debt repayments (mainly interbank borrowings and repayments to IFIs). Khalq’s liquid assets were also sufficient to withstand an outflow of half of the bank’s customer accounts, in our estimates, which is well above peers’.

QQB’s impaired loans (Stage 3 and POCI) were equal to 5.5% of gross loans at end-2019, and were only covered by LLAs of 37%. Asset quality at QQB is under pressure from rapid growth in loans to small and medium-sized entities.

Retail loans accounted for 62% of gross loans at QQB at end-2019, mainly comprising mortgages issued under the government programmes (81% of total) with negligible impairments to date. Corporate loans were mainly to finance the purchasing and import of equipment and were granular compared with peers’, with the 25-largest borrowers accounting for 25% of gross corporate loans. Industry concentration was also moderate, with the largest manufacturing and trade sectors accounting for 29% and 26% of corporate loans, respectively.

Profitability metrics were moderate at QQB, with the operating profit-to-risk-weighted assets (RWAs) equal to 1.5% in 2019. Profitability was supported by improving cost efficiency (cost-to-income ratio declined to 59% in 2019 from 70% in 2018), a stable net interest margin (5% in 2019) and good non-interest income (15% of gross revenues). Asset-quality risk is key to QQB’s profitability with the seasoning of the bank’s loan book, while current pre-impairment profit provides only a moderate buffer against asset-quality risk (2.5% of average loans in 2019).

The funding profile of QQB depends heavily on the state, with direct borrowing from government bodies accounting for 32% of total liabilities at end-2019 and deposits from government-related entities adding a further 8%. Funding from IFIs was equal to 35% of liabilities with fairly long tenors, most of which were attracted via the Ministry of Finance, which in turn acts as guarantor of these funds.

Liquidity was weak at QQB, as cash and short-term interbank placements were insufficient to cover potential outflows of wholesale debt (mainly short-term interbank borrowings) as of end-2019. New equity received from the state in 1Q20 has improved the bank’s liquidity profile in the interim, until it is utilised for growth.

Positive rating action on Khalq’s and QQB’s support-driven IDRs, SRs and SRFs could result from a strengthening of the sovereign’s credit profile and would mirror an upgrade of Uzbekistan’s sovereign ratings.

Upgrades of the VRs would require a substantial improvement in Uzbekistan’s operating environment and strengthening of the banks’ commercial franchises and business models. Upgrade of Khalq’s VR would also require improvements in underwriting standards and stabilisation of asset-quality metrics over time.

Negative rating action on Khalq’s and QQB’s support-driven IDRs, SRs and SRFs could result from a weakening of the sovereign’s credit profile and would mirror a downgrade of Uzbekistan’s sovereign ratings. The ratings could also be downgraded if a majority stakes in the banks are sold to private shareholders, and Fitch assesses the reliability of support from the new owners as significantly lower than from the Uzbek authorities currently.

Both banks’ VRs could be downgraded as a result of material deterioration in asset quality, excessive loan growth or capital weakness in the absence of fresh capital injections. 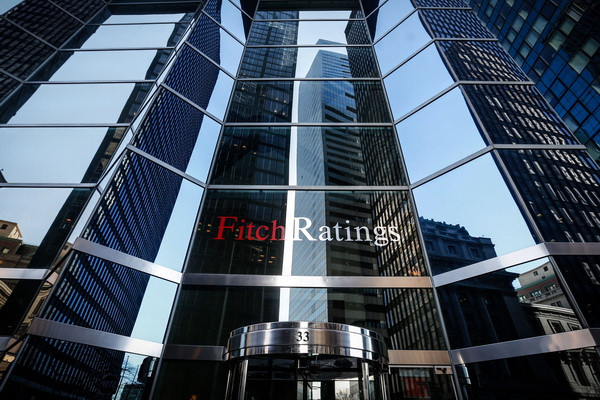