Minister of Foreign Affairs and International Development of France Jean-Marc Ayrault arrived in Uzbekistan with an official visit.

According to the Uzbek Foreign Ministry, the ministers discussed topical aspects of the Uzbek-French relations in political, trade and economic, investments, culture and humanitarian and other spheres, exchanged views on regional and international agenda.

As has been mentioned, the inter-ministerial Program of cooperation for 2017-2018 makes it possible to develop and strengthen multidimensional cooperation between Uzbekistan and France on a systematic basis. 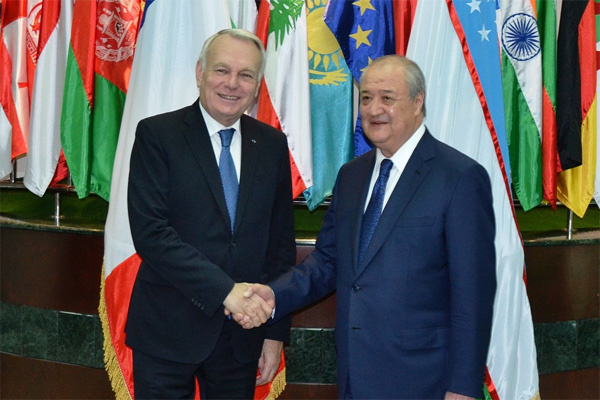 The ministers paid special attention to the prospects of widening collaboration in the context of implementing the tasks defined in the Action Strategy on five priority directions on development of Uzbekistan in 2017-2021. In particular, the parties expressed interest on successful results of the visit of representatives of business circles under the auspices of the Movement of French Enterprises “MEDEF International” in June to Uzbekistan.

The sides also considered other issues of mutual interest.