Tashkent, Uzbekistan (UzDaily.com) -- GM Uzbekistan, an Uzbek-US joint venture will produce automobiles under Ravon brand. A presentation of new brand will be held in Moscow, Russia, on 8 October 2015.

According to Russian media, automobiles with new brand will be realized only in Russia. GM Uzbekistan sells its cars in Uzbekistan under Chevrolet brand and exported cars abroad on Daewoo brand.

Daewoo produces cars under Daewoo brand and GM Uzbekistan was using the name in line with the agreement.

Rebranding will be carried out on popular Nexia and Gentra models. Later, it is expected that Spark and Aveo models will be also produced under Ravon brand. 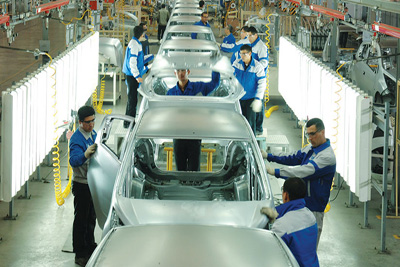