How agrocluster in Jizzakh region supports food security in Uzbekistan

Tashkent, Uzbekistan (UzDaily.com) - In Jizzakh region, work is ongoing to support food security in Uzbekistan, which is especially important in the context of the pandemic. For this, German agricultural machinery is imported, the area of irrigated land is expanding, and experiments are being conducted to increase the pedigree of local livestock.

In mid-March, Uzbekistan suspended international passenger traffic in all directions. Borders are being closed worldwide: in the USA, EU countries and the CIS. Bans give rise to panic. Residents are afraid to run into a shortage of products if freight transportation also falls under the ban.

In a pandemic, the country’s domestic resources play an important role. To implement the Decree of the President of Uzbekistan Shavkat Mirziyoyev “On measures to further ensure the food security of the country” in 2019, the Jizzakh organic cluster was created in Jizzakh region. He is engaged in the production of meat and dairy products, crop production and livestock breeding. The total investment in the Jizzakh agricultural cluster is US$150 million.

“On the territory of the cluster, sowing work continues and the system of land irrigation is restored. We returned 1.5 thousand hectares to the crop rotation, another 2.4 thousand hectares intended for growing fodder crops are subject to rehabilitation. To do this, the company imported German agricultural equipment in the amount of 8 million US dollars and entered into agreements for another 1.7 million US dollars on delivery terms before the end of the sowing season. Feeding of the parent herd continues, animals were imported from Denmark, the Czech Republic and Germany. In September, another 5,000 goals should come from the USA, Europe and Russia. Over the past three months, Jizzakh organic managed to achieve an offspring of 63 calves, and the main calving of about 270 calves is expected in April-May of this year. These actions are aimed at ensuring the food security of Uzbekistan, which is especially important in the current situation,” commented the director of Jizzakh organic, Hikmatilla Karimov, at the enterprise.

Created in 2019, Jizzakh organic is capable of producing 1,500 tons of premium marbled beef and 24,000 tons of milk per year, as well as ensuring the country’s livestock breeding by raising and selling livestock with high-quality gene pools to local farmers. To ensure that Uzbekistan does not depend on foreign supplies, the Jizzakh agricultural cluster is working on the cultivation of seeds of fodder crops. The company also plans to conduct an experiment in April on the embryonic fertilization of one hundred local cows to increase the pedigree of domestic cattle. 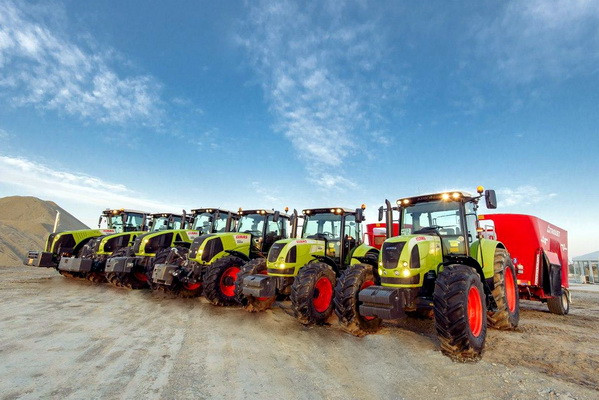 Tashkent, Uzbekistan (UzDaily.com) -- According to the results of January-April 2020, the foreign trade turnover (FTT) of Uzbekistan reached US$10.82 billion, which, compared with the same period of last year, decreased by US$1.3 billion.

Support for entrepreneurs in a pandemic

Tashkent, Uzbekistan (UzDaily.com) -- Today, the Central Bank held a meeting with the heads of private commercial banks on issues of supporting entrepreneurs and the public in a pandemic.

Uzbekistan lifts ban on the import of cement

Tashkent, Uzbekistan (UzDaily.com) -- Amendments were made to the resolution of the Cabinet of Ministers “On the temporary restriction of the export of raw materials for the production of medical products and the import of cement products during the coronavirus pandemic”.