US Congress recognizes effectiveness of reforms in Uzbekistan

According to the document, since 2016, the Trump administration has expressed strong support for the efforts of Uzbekistan to carry out reforms. The importance of the Joint Statement of the Heads of State “Uzbekistan and the USA: the beginning of a new era of strategic partnership” adopted by President Sh.M. Mirziyoyev in Washington in May 2018 is emphasized.

The authors of the report said that US assistance to Uzbekistan is aimed at supporting reforms in the country, promoting the rule of law and further economic development, including the diversification of agriculture through the use of American technology. Assistance is also aimed at improving border controls in order to ensure security and regional stability.

Trade between the countries in 2017-2018 has more than doubled, from about US$150 million to more than US$300 million. US Secretary of Commerce W. Ross believes that "there are significant opportunities to strengthen trade and economic ties."

Regarding economic liberalization in a positive way, it is reported that reforms have been carried out in Uzbekistan aimed at reducing the role of the state in favor of the private sector and attracting large foreign investment, improving the business environment in the country, as well as optimizing public administration. It is noted that the World Bank also appreciated the "significant progress" of Uzbekistan in carrying out economic reforms.

The report also provides assessments of the human rights situation in Uzbekistan. In particular, the US Congressional Research Service acknowledges that the President of Uzbekistan has released numerous political prisoners. It is noted that the media and civil society can now act more freely, the country covers previously prohibited topics such as forced labor and corruption, foreign journalists have received accreditation, independent news publications, social networks and websites related to human rights have become available, which were previously blocked.

The report on the parliamentary elections in Uzbekistan in December 2019, citing the opinion of international observers, emphasizes that the role of parliament in the life of the country has expanded significantly, and the elections were held in an atmosphere of unprecedented openness and interaction with voters. More than half of the new deputies were elected for the first time, the number of women in parliament increased to 48.

The report also concludes with a statement by US First Deputy Assistant Secretary of State for South and Central Asian Affairs E. Wells that “President Sh. M. Mirziyoyev wants Uzbekistan to become a prosperous modern state - an example for the region - with a government that is accountable to its citizens and respecting their rights, with constructive relationships with their neighbors and with an open economy that welcomes and protects foreign investment. None of these reforms will be easy, but they are all necessary, and the United States strongly supports them. ”

It should be noted that the US Congressional Research Service is an expert and analytical organization that is part of the Library of Congress. It was founded in 1914. The Service, called the "think tank of Congress," has about 600 employees and a budget of over US$106 million. 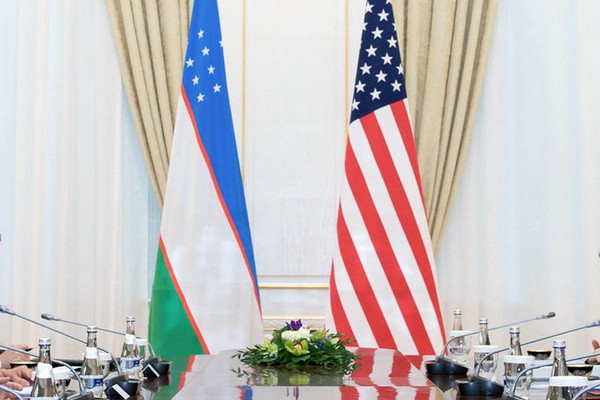 Tashkent, Uzbekistan (UzDaily.com) - After the talks, Presidents Shavkat Mirziyoyev and Recep Tayyip Erdogan signed a Joint Statement on the results of the first meeting of the Strategic Cooperation Council.

Tashkent, Uzbekistan (UzDaily.com) -- On 14 February, representatives of the Skolkovo Innovation Center paid a visit to IT Park: Alexander Okunev, Deputy President of the Skolkovo Foundation for Regional Development and Cooperation with the CIS, Head of the Department for Monitoring and Legal Support of Project Participants Skolkovo by Alexei Sharmadjinov, managing partner of the Fund for Innovative Entrepreneurship of the Chamber of Commerce and Industry of Russia Sereda Olga, representative of QRepublic Alexander Senkevich, representative of the Innovation Development Fund Ovation business in the Republic of Kazakhstan Andreeva Vitaliy.