Uzbekistan Industrial Exhibitions to be held in Tashkent

Over 60 companies from 14 countries of the world will participate in the exhibition, which is organized by the exhibition company IEG Uzbekistan.

At the exhibition, the companies will present equipment, spare parts and components in mining, metallurgy, chemical and other industries. 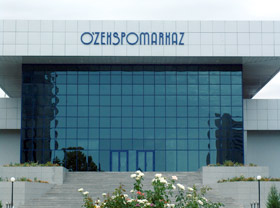