NGMK, NBU and Uzbekistan Airways to be reorganized into JSC

Tashkent, Uzbekistan (UzDaily.com) -- On 17 October 2016, Interim President of Uzbekistan Shavkat Mirziyayev signed a resolution “On measures for further improvement of corporate governance in joint stock companies with a dominant share of the state”.

In line with the decree, Navo Mining and Metallurgy Combine (NGMK), National Bank for Foreign Economic Activity of Uzbekistan and Uzbekistan Havo Yollari (Uzbekistan Airways), as well as Uavtoyul will be reorganized into joint-stock companies in 2016-2017.

This decree approved the list of the following strategic joint stock companies, in which 100% of the ordinary shares owned by the State, including the aforementioned. They will be reorganized into joint-stock companies:

The paragraph 3 of the Decree identified seven major areas of corporate governance in companies with a dominant share of the state, including the preparation of annual financial reports in accordance with IAS, including consolidated, subject to mandatory independent external audit by reputable international companies.

It is worth noting that the Decree of the Head of State instructed to save the companies in the form of joint-stock companies with state share, which play a strategic role and importance for the development of the economy and infrastructure, ensuring that they work strictly according to international standards of corporate governance, including the requirements for transparency, the accountability of the executive body and the effectiveness of the control system.

In this case, paragraph 5 of the Decree determined that the stocks of the joint-stock companies with shares owned by local public administration bodies, public authorities, state unitary enterprises and public institutions, the Central Bank and the Fund for Reconstruction and Development of Uzbekistan are considered as the state share in the authorized capital of JSC.

The Regulation has established Coordination Commission headed by the Deputy Prime Minister of Uzbekistan, comprised of heads of ministries, departments and organizations to be reorganized into JSC, as well as the heads of the three departments of the Cabinet of Ministers. 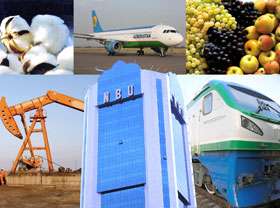