Tashkent, Uzbekistan (UzDaily.com) -- On 14 November, in the city of Nukus, with the participation of the Chairman of the Senate of the Oliy Majlis of the Republic of Uzbekistan Tanzila Narbaeva, a meeting was held on the implementation of the Integrated Development Program of the Republic of Karakalpakstan in 2020-2023 and tasks in this direction.

In her speech, the Chairperson of the Senate Tanzila Narbaeva focused on the fulfillment of tasks for the development of the region and improvement of the life of the population, determined on 2 October by the President at an extraordinary session of the Jokargy Kenes of the Republic of Karakalpakstan.

It was noted that the Program for the Integrated Development of the Republic of Karakalpakstan in 2020-2023 was developed. The Program defines “points of growth” for each city and district and those responsible for their implementation.

In addition, the Chairman of the Council of Ministers of the Republic of Karakalpakstan K. Sariev informed about the projects that are planned to be implemented within the framework of the Program.

It was noted that in 2020-2022, 1,359 investment projects totaling 12.3 trillion soums will be implemented in Aral Sea region. At the same time, it is planned to attract US$523 million of foreign direct investment and create about 20 thousand new jobs.

At the meeting, senators, deputies of Jokargy Kenes also expressed opinions and proposals regarding the problems encountered in the implementation of projects on the ground. 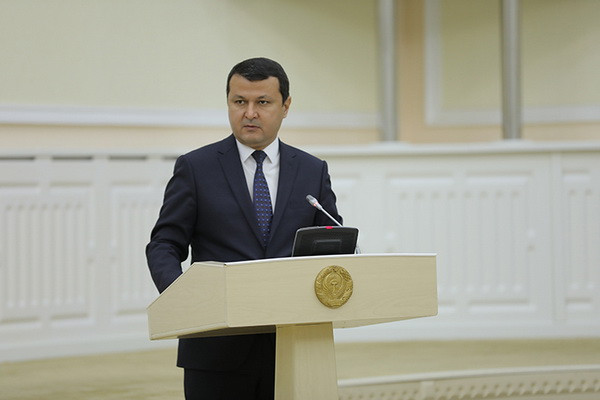 Proposals for the development of Yunusabad district were considered

Tashkent, Uzbekistan (UzDaily.com) -- President of Uzbekistan Shavkat Mirziyoyev held a meeting with khokims and heads of sectors of metropolitan areas, chairmen of makhallas and youth of Yunusabad district.