Tashkent, Uzbekistan (UzDaily.com) -- On 27 October 2020, President of Uzbekistan Shavkat Mirziyoyev signed a decree "On measures to accelerate the reform of enterprises with the participation of the state and privatization of state assets."

A list of large state-owned enterprises and economic associations subject to transformation was approved by a presidential decree. The list includes 32 objects.

Also, a list of enterprises with the participation of the state was approved, in which corporate governance and financial audit are being introduced, and operational efficiency is increasing. The list includes 39 objects.

The head of Uzbekistan also approved the list of state assets put up for public auction through targeted programs of pre-privatization preparation and increasing investment attractiveness (62 objects) and the list of enterprises, the state block of shares (shares) of which is fully sold to the private sector through public auction (479 objects).

The list of immovable state property objects sold to the private sector (15 objects) was approved.

A Department for the transformation of large enterprises with the participation of the state is also being created under the Ministry of Finance.

The Department was instructed, by 1 April 2021, to prepare financial statements of enterprises for 2019-2020 based on International Financial Reporting Standards (IFRS) and submit the schedule for obtaining international credit ratings for approval by the Cabinet of Ministers.

Until 1 April 2021, the Department was instructed to develop strategies for financial recovery, increase in operational efficiency, as well as medium and long-term development for each enterprise with the involvement of reputable international consulting organizations on a competitive basis.

By 1 July 2021, the Department will implement a modern corporate governance system that envisages an audit of procurement and management systems, as well as form a “compliance system” (compliance) and anti-corruption service.

The department was instructed, by 1 July 2021, to staff at least 30% of the supervisory boards and at least three managerial positions in the management board of the enterprise with qualified international specialists by actively engaging, on the basis of an international competition, foreign specialists in this field (including compatriots) in the supervisory boards. councils and boards of enterprises.

The relevant ministries and departments were instructed by 1 December 2020 to conduct an inventory of benefits and preferences that affect the competitive environment, submit to the Presidential Administration a draft resolution on their cancellation.

The President of Uzbekistan instructed, simultaneously with the process of transformation of enterprises specified in the first two annexes, to develop an action plan for a complete transition to the principles of market relations, the formation of a competitive environment and the involvement of the private sector in the sphere of activities of these enterprises.

The head of Uzbekistan approved the updated composition of the State Commission for holding tenders for the sale of state property. The Commission is chaired by Prime Minister Abdulla Aripov. The Commission also received a number of new powers.

If the value of state blocks of shares (shares), proportional to their participation in the net assets of enterprises specified in Appendix No. 4, does not exceed 100 million soums, then they will be regularly put up for public auction as an exception at a cost equal to the proportional share net assets (or at par, if net assets are less than the authorized capital).

The State Assets Management Agency will put up for public auction blocks of shares (stakes) in enterprises and real estate objects specified in Appendices No. 4 and No. 5, starting from 1 November 2020.

State blocks of shares (stakes) of enterprises specified in Appendix No. 4 will be put up for auction in a single lot, and if their value does not exceed 100 million soums and they are put up for public auction at a cost equal to a proportional share of their net assets (if the amount of net assets is less than the authorized capital - at par), then if they are not realized within three months, they are re-put up for auction as follows: shares - at the starting price of "1 soum", blocks of shares - on the basis of the principle "1 share - one lot for 1 soums ".

The decree abolishes the practice of selling state-owned facilities at a “zero” redemption value and they are put up for public auction at a starting price of “1 soum” with the adoption of investment and social obligations on the basis of decisions of the Jokarga Kenes and the Kengashes of people's deputies of the regions, the Chairman of the Council of Ministers of Karakalpakstan and the khokims of the regions, as well as the State Commission for the conduct of tenders, adopted by them within their powers.

State unitary enterprises (SUEs) are reorganized into economic companies with the sale of their state block of shares (shares).

It is planned to develop a draft resolution on improving the management system and stage-by-stage privatization of markets and shopping centers.

Until 1 February 2021, it is proposed to make proposals on the introduction of external management in the activities of special economic zones, as well as their stage-by-stage privatization.

By 1 December  2020, proposals will be developed for the efficient operation of state property objects located abroad, including their sale, lease or trust management.

The State Asset Management Agency, together with the Antimonopoly Committee, was instructed to ensure the development and approval of measures to ensure the transparency of the public auction process held on the single electronic trading platform “E-ijro auksion”, completely eliminate the subjective approach and create favorable conditions for buyers.

Within a month, the Government of Uzbekistan must submit for approval a strategy for the management and reform of enterprises with the participation of the state in 2020-2025 and by 1 December 2020, draft laws "On state property management" and "On privatization." 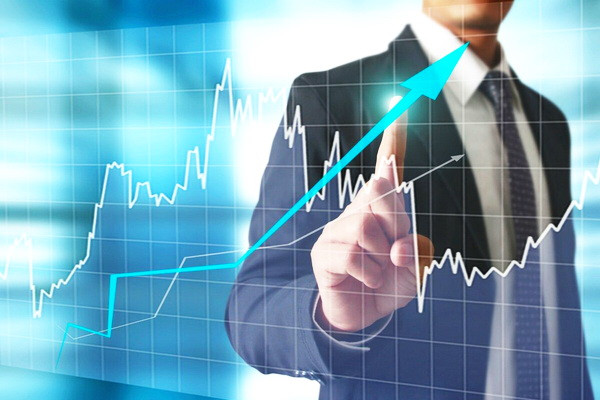