Shavkat Mirziyoyev voiced the most relevant initiatives for today

Tashkent, Uzbekistan (UzDaily.com) -- In his speech at the 75th session of the UN General Assembly, President of our country Shavkat Mirziyoyev came up with an urgent initiative - to develop, under the auspices of the United Nations, an International Code on Voluntary Commitments of States during a Pandemic.

The pandemic has become not only a difficult, but also a very instructive period for the entire planet. She showed the unsurpassed value of a well-functioning healthcare system based on the social responsibility of the state before society. Uzbekistan, possessing such a system, was able to largely ease the burden for those who fell ill with COVID-19, to prevent the severe consequences caused by coronavirus infection in a number of countries.

The whole speech of Shavkat Mirziyoyev is permeated with concern for the health and well-being of people. Thus, he stressed that the International Code on Voluntary Commitments of States during a Pandemic "must reflect the obligations of each state to its citizens and international partners."

Noting that there has not been a planetary disaster of such magnitude as the COVID-19 pandemic in the past hundred years, the head of our state noted: “We all deeply realized the need to consolidate the efforts of governments, parliaments and civil society, strengthen the principles of shared responsibility, and close coordination in development international partnership, increasing the status and potential of the World Health Organization and expanding its powers ”.

“Our goal is to jointly form a fair global system that will ensure fundamental rights and freedoms, health and well-being of every person,” the President of Uzbekistan emphasized, focusing the attention of the world community on the importance of preserving people’s health again and again. In his speech, he also emphasized the need to provide targeted assistance to the population and sectors of the economy during the difficult period associated with the pandemic.

I am sure that these international initiatives of the head of our state will find a response and embodiment, first of all, in Uzbekistan itself. Having such a serious experience as overcoming the period of a pandemic, our country, starting literally from these days, has every opportunity to begin a serious study of all the lessons that we have received since March this year. A deep analysis of this period can and should form the basis for constructive reforms of the health care system, social and other involved structures. Specialists of the National Chamber of Innovative Healthcare of the Republic of Uzbekistan are also ready to make their proposals on the direction of these reforms, as well as to participate in their practical implementation. In close partnership with other government agencies, primarily the Ministry of Health of the country, as well as private structures and the public, we are now able to radically change for the better the provision of medical and social services to Uzbeks. The initiatives of Shavkat Mirziyoyev sounded from such a high world rostrum, inspire fruitful work in this direction, so that in the near future Uzbekistan, along with the entire world community, is ready to further minimize the consequences of such global negative phenomena as pandemics.

The President of Uzbekistan also, more than ever before, supported the proposal of the Secretary General, Mr. Antonio Guterres, to hold a summit on topical issues of ensuring food security in the context of the ongoing crisis.

Thus, the head of our state absolutely correctly linked two closely interrelated things - human health and nutrition. Today we must consider the problems of human health in an absolute complex with nutritional conditions, ecology, hereditary factors and much more. It is the analysis of comprehensive data that is the basis for modern medicine to accurately diagnose and manage patients. Modern healthcare is a symbiosis of medication, dietary prescriptions and lifestyle prescriptions. Medicine of tomorrow - in many ways, can and should become preventive, when a person begins to take an interest in his health on a planned basis, without waiting for the symptoms of diseases, thereby preventing them. This is precisely the goal of developing and introducing innovations in healthcare, reforming the medical system, both in Uzbekistan and globally.

This goal is achievable in our country, because, as Shavkat Mirziyoyev noted in his speech, three years ago from the high rostrum of the United Nations, he himself declared Uzbekistan’s firm resolve to carry out cardinal reforms.

“As a result of the large-scale measures taken for political, social and economic modernization, the formation of a new Uzbekistan is taking place. Today, democratic transformations in our country have become irreversible,” the head of our state stressed.

Concern for the health of the nation is reflected in a number of these reforms. These are steps aimed at reducing poverty, including through the development of entrepreneurship and the creation of additional jobs, training people in new professions and skills, and providing targeted social assistance.

This is a special focus on young people, on young people realizing their potential, which is also important both for the physical and psychological health of a person, and for creating families in which the next generation of Uzbeks will be brought up.

It is no coincidence that it was Uzbekistan that initiated the adoption of the UN Convention on the Rights of Youth, the draft of which was also developed by our country. In August, under the auspices of the United Nations, the Samarkand International Forum on the Rights of Youth was successfully held.

In the speech of the President of Uzbekistan, initiatives were voiced aimed at the most pressing issues of modern humanity - ecology, regional cooperation, maintaining peace and stability. For their solution today, more than ever, cooperation is the most important condition.

“We must work in close partnership based on new approaches to address common threats to security and sustainable development. The role of the United Nations as the central coordinating international structure needs to be further strengthened. Uzbekistan is always ready for broad and mutually beneficial cooperation with all countries of the world and a practical dialogue with the United Nations and its institutions,” the President of Uzbekistan emphasized.

Chairman of the National Chamber of Innovative Healthcare of the Republic of Uzbekistan. 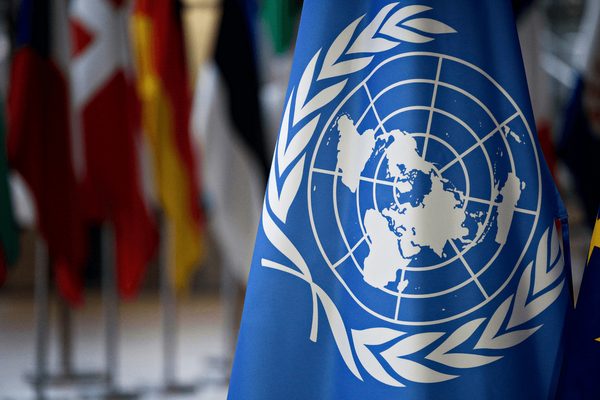