Action strategy for development of Uzbekistan published for discussion

Tashkent, Uzbekistan (UzDaily.com) -- A draft decree of the President of Uzbekistan “On action strategy on further developing of Uzbekistan” was published at the single portal of interactive state services for discussion.

The action strategy on five priority directions on development of Uzbekistan is designed for 2017-2021.

The document is aimed at improving the efficiency of the reforms, creating conditions for full and accelerated development of the state and society, implementing the priority areas for modernization and liberalization of the country in all spheres of the life.

The strategy will be implemented in five phases, each of which envisages approval of a separate annual State programmes for its implementation. 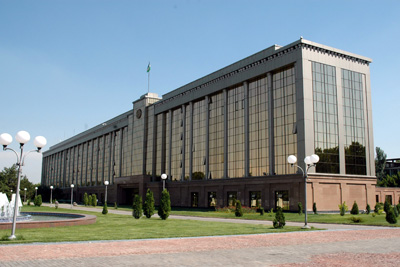 Tashkent, Uzbekistan (UzDaily.com) -- Under the chairmanship of President Shavkat Mirziyoyev, a video conference on additional measures for the development of entrepreneurship in the regions was held on 24 September.

A well was discovered at the South Mubarek field, producing 100,000 cubic meters of natural gas and 1.1 tonnes of gas condensate per day

Tashkent, Uzbekistan (UzDaily.com) - At well No. 10 of the OE of the South Mubarek field of the Mubarek Oil and Gas Production Department, after the completion of drilling, perforation was made in the interval 1970-1958 meters.