Tashkent, Uzbekistan (UzDaily.com) -- IFC Managing Director Makhtar Diop paid a visit to Uzbekistan in September 2021. After the visit, he shared his views on cooperation between Uzbekistan and the IFC.

Q. This is your first official visit to Uzbekistan as IFC’s Managing Director. What were your first impressions?

I was delighted to visit this beautiful, vibrant country. Uzbekistan is actually the first country I’m visiting in Central Asia, and I’d like to thank the government and the people of Uzbekistan for their generous hospitality in Tashkent.

My first impressions are very positive: Uzbekistan is rapidly transforming into an open, inclusive market, with the private sector helping to create jobs, develop infrastructure and services, and expand access to finance and entrepreneurship. And despite the disruptions caused by the pandemic, it’s clear from the exchanges I’ve had with government officials, including the Head of State, that the leadership is pressing ahead with its ambitious reform agenda. We welcome these wide-ranging reforms to boost Uzbekistan’s economy, and IFC is committed to continue supporting the country by expanding our investment and advisory services programs in the country. We want to help companies grow and innovate, expand financing for small and medium enterprises (SMEs) and women-owned businesses, thereby creating jobs, bolstering infrastructure—especially power systems—and supporting Uzbekistan’s goal of becoming a middle-income country.

Q. What bilateral cooperation issues did you discuss during your meetings with the country’s senior officials?

Firstly, I’m happy to say that the message at all my meetings was loud and clear—thanks to strategic market-oriented reforms, Uzbekistan’s doors are now open to the world. The government is focusing on critical areas, including reducing the state’s role in the economy, developing infrastructure, boosting technology-enabled services, and further improving the investment climate. Further reforms in key sectors, such as agriculture, energy, financial sector and chemicals, will help overcome the negative effects of the COVID-19 pandemic.

We also discussed how the private sector can actively contribute to ensuring Uzbekistan’s transition is green, sustainable, and leads to an inclusive economy. IFC can further support the government in gradually decarbonizing the economy, and in promoting the emergence of green, climate-friendly initiatives and technologies to reduce the impact of climate change, while maintaining economic growth and creating jobs.

Q. Can you talk a bit about IFC’s strategy in Uzbekistan, especially considering the current reforms implemented by the government?

Together with the World Bank, we are working to increase private sector participation in key areas, such as the banking and chemicals sectors. We also stand ready to support the government in establishing a strong pipeline of public-private partnership (PPP) projects across sectors, including power, health, and education.

Uzbekistan, along with other Central Asian countries, is especially vulnerable to climate change. Higher temperatures and lower precipitation will increase water demand and reduce water supply and adversely affect the demand and supply of agricultural products and energy in the future. While Uzbekistan’s energy intensity declined by about 45 percent over the last 15 years, it remains one of the most energy-intensive countries in the world.

That’s why we focus on supporting environmentally sustainable projects, such as renewable energy. We plan to do more on this front as sustainable development is a priority for IFC.

Q: How is IFC cooperating with Uzbekistan to develop renewable energy and aid its transition to a green economy?

Since 2018, together with the World Bank, IFC has been advising the government on how to open up the power sector to private investment through PPP projects. For example, IFC helped the government with the first solar tender in Uzbekistan, which resulted in competitive renewable energy prices. We also provided long-term debt financing to the first private sector-led 100-megawatt solar power plant being built in the Navoi region. This ground-breaking project was structured under the World Bank Group’s Scaling Solar program, a ‘one-stop-shop’ scheme for governments to mobilize privately funded grid-connected solar projects at competitive tariffs. It also has many of the country’s firsts to its credit: the first grid-scale renewable energy project in Uzbekistan; the first-ever competitively tendered solar power PPP structured under the World Bank Group’s Scaling Solar program outside of Africa; the first PPP project supported by IFC’s financing, and, finally, the World Bank’s first guarantee operation in Uzbekistan.

Given the successful tender of the solar plant in the Navoi region, the government of Uzbekistan—with IFC’s support—launched another tender for additional PPPs for two photovoltaic solar parks with a capacity of ~200 MW each in the Samarkand and Jizzakh regions in February 2020. In May this year, Uzbekistan announced the winning bidder of these PPPs, which will soon add more than 400 megawatts of clean renewable energy to the country’s energy mix.

We are confident these outcomes will encourage more investors to participate in renewable energy PPPs. We see great potential to increase the share of renewables in power production. The government can consider us as their partner of choice to help develop a diverse range of renewable energy solutions that will provide sustainable power for generations to come. IFC and our partners in the government are already preparing the tenders for another three solar PVs for up to 500 megawatts. Going forward, we will continue to support Uzbekistan’s power sector, particularly through financing wind, clean energy generation from traditional sources, and other clean power solutions.

Q. You mentioned PPP projects. Could you please elaborate on PPPs in Uzbekistan?

Public-private partnerships, or PPPs, are important tools that leverage private sector expertise and resources to help deliver public services or manage public assets. Through our global experience in PPPs, we are helping the government identify, structure, and procure PPP projects transparently and competitively.

In addition to our support for PPPs in the energy sector, we advised the government on the Uzbekistan’s first healthcare PPP, a pioneering agreement that was signed last December. A private operator, Nephroplus, will finance and construct four new clinics, equip, recruit and train medical and technical staff, and deliver high quality dialysis care to patients in three regions—Tashkent city, Karakalpakistan and Horezm.

We are also helping to implement two new healthcare PPPs. The first is a state-of-the-art multi-profile hospital that will bring in an estimated $100 million in private investment and help upgrade and modernize the country’s public hospitals and improve clinical outcomes. The second is a project to finance, equip, recruit and train medical staff and provide high quality radiotherapy services to oncology patients in three regions of Uzbekistan, which will bring at least $45 million in private investment.

Q. Finally could you share your thoughts around the privatization process?

State-owned enterprises are still generating more than half of Uzbekistan’s GDP. We are proud to support the government’s privatization efforts, which are vital to continue to spur growth.

In the banking sector, state-owned banks account for 83 percent of all assets, which distorts the market. In 2016, the government approached IFC to help with the pre-privatization preparations of selected state-owned banks. We have been working with Ipoteka Bank since 2017, providing advisory services to support its pre-privatization. This has resulted in important shifts and its pre-privatization process already becoming a best-practice model. Last year, we provided a $35 million-equivalent loan to the bank to expand its financing to smaller businesses and incentivize its full commercialization and privatization.

In addition, during my visit we signed an IFC financing agreement for Uzpromstroybank to support its path to privatization and to enable the bank to finance more climate-friendly projects and expand lending to smaller businesses. Fifty percent of this loan will be channeled to SMEs and the other half will be dedicated to climate finance, enabling the bank to scale up its green banking program. 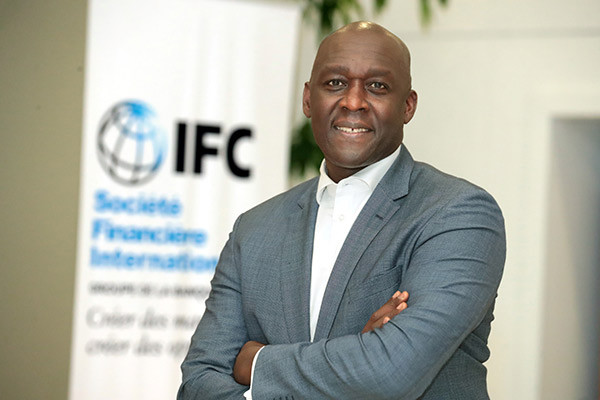 Social and economic development of Tashkent region over five years

Tashkent, Uzbekistan (UzDaily.com) - The Center for Economic Research and Reforms (CERR) presented the results of the development of Tashkent region over the past five years.

Tashkent, Uzbekistan (UzDaily.com) -- On 14 October, President of the Republic of Uzbekistan Shavkat Mirziyoyev took part in an extraordinary meeting of the Supreme Eurasian Economic Council (EAEU) in the format of a video conference.