Uz-Kor Gas Chemical was founded by Uzbek and Korean companies in May 2008 to develop, finance, construct and exploitation of integrated gas and oil processing project in Ustyurt region of Uzbekistan.

The cost of the project is US$4 billion. The project participants allocated US$1.4 billion and attracted US$2.5 billion from financial institutions to implement the project.

Ustyurt Gas Chemical Complex will ensure processing of 4.5 billion cubic meters of gas and 4 billion tank gas, 400,000 polyethylene and 100,000 tonnes of polypropylene, as well as 100,000 tonnes of pyrolized petroleum and other products. 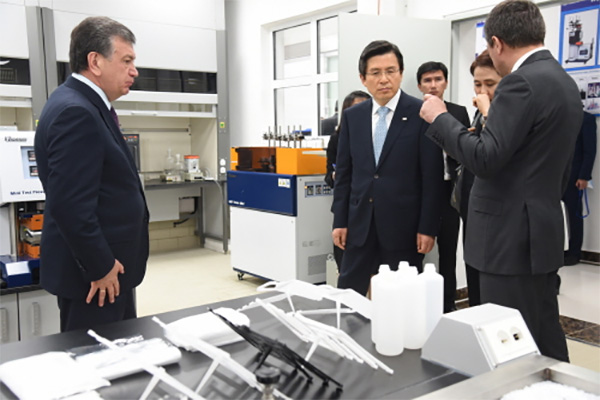