Tashkent, Uzbekistan (UzDaily.com) -- Chairperson of the State Committee of Uzbekistan on privatization, demonopolization and development of competition Davron Hidoyatov held negotiations with the Ambassador Extraordinary and Plenipotentiary of the Republic of Korea Lee Wook-heon.

During the meeting, the sides considered issues related to measures on execution of agreements, reached at International Investment Forum, opportunities of participation of foreign valuation companies in assessment of privatized objects, cooperation with Korean Stock Exchange in modernization of securities market of Uzbekistan.

Lee Wook-heon said that stable economic growth of Uzbekistan and successful structural reforms attracts interest of South Korean investors in the Uzbek enterprises. He noted that 169 representatives of 99 Korean firms attended International Investment Forum, which was held on 5-6 November 2015. They signed 20 agreements and memorandums.

He noted that Korean Government and ministries are paying priority attention to development of cooperation with Uzbekistan. Envoy said everything will be done on execution of the liabilities, undertaken by Korean companies at the forum.

Hidoyatov said that in line with the decision of the leadership of Uzbekistan, the shares in the joint stock companies will be sold to foreign investors to decrease stake of the state in economy and develop private sector.

The Uzbek side expressed readiness to establish cooperation ties with the valuation institutions of Korea to assess assets, which will be realized to investors.

The sides also considered issues of planed presentation of the Uzbek companies in South Korea. 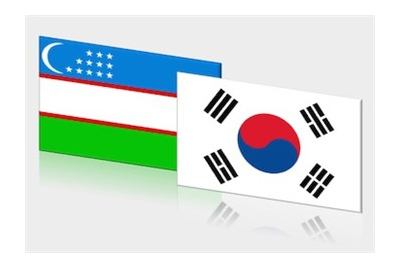 President gets acquainted with enterprises, construction and landscaping activities in Yuksalish town

The Head of the state visited the industrial town Yuksalish in Namangan region’s Davlatabad district and got acquainted with the activities of the LLC Glass Expo.

Tashkent, Uzbekistan (UzDaily.com) -- IFC Managing Director Makhtar Diop paid a visit to Uzbekistan in September 2021. After the visit, he shared his views on cooperation between Uzbekistan and the IFC.

Tashkent, Uzbekistan (UzDaily.com) -- President of the Republic of Uzbekistan Shavkat Mirziyoyev on his way from Karakalpakstan to Khorezm region got acquainted with the construction of a bridge across the Amudarya.