Tashkent, Uzbekistan (UzDaily.com) -- Third session of intergovernmental commission on economic cooperation between Uzbekistan and Hungary was held in Tashkent on 23 March 2016.

A delegation of Hungary led by Deputy Minister of Foreign Economic Relations and Foreign Affairs Laszlo Szabo arrived in Uzbekistan to attend the session.

Representatives of Uzbek and Hungarian ministries and organizations, producers of modern equipment for food industry and processing of agriculture goods and others attended the event.

The sides considered current state and perspectives of development of cooperation in trade, realization of investment projects in various sectors of economy, interaction in agriculture, protection of environment, science, education and other spheres.

Presentations of economic potential of Uzbekistan and perspective projects were presented at the session. The Hungarian side also familiarized with privatization programme and conditions, created for foreign investors.

Trade turnover between Uzbekistan and Hungary made up over US$44.5 million in 2015.

Three enterprises with Hungarian capital are operating in Uzbekistan, including one with 100% Hungarian investments. Four Hungarian enterprises were accredited at the Ministry of Foreign Economic Relations, Investment and Trade of Uzbekistan. 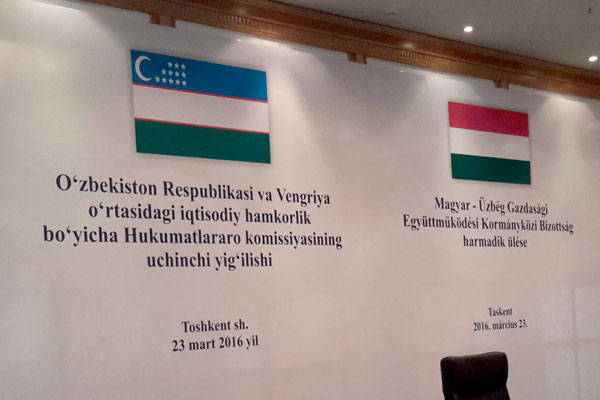 Tashkent, Uzbekistan (UzDaily.com) -- Davr Bank become one of the first banks in Uzbekistan and in Central Asia to join the Women in Business (WiB) initiative of the European Bank for Reconstruction and Development (EBRD).

Tashkent, Uzbekistan (UzDaily.com) -- In 2021, 20 companies will provide 47.3% of revenues to the state budget. This is reported by the Ministry of Finance of Uzbekistan in the draft publication "Budget for Citizens 2021".