The delegation of Uzbekistan was represented by the heads of the territorial departments of the CCI of Tashkent, Bukhara, Namangan, Fergana, Surkhandarya and Khorezm regions.

On the part of the Chamber of Commerce and Industry of Tajikistan, the meeting was also attended by deputy chairmen of the Chamber M. Rustamova, O. Sangov, as well as heads of territorial departments of Khatlon and Sughd regions.

At the meeting, Deputy Chairman of the Chamber of Commerce and Industry of Uzbekistan F. Usmanov made a speech and thanked the Tajik side for the warm welcome and hospitality rendered in honor of the delegation of Uzbekistan, as well as the agreement to receive the delegation in Tajikistan.

Also, the Uzbek delegation noted the interest and great interest on the part of Uzbek entrepreneurs in the development of bilateral business cooperation with the private business of Tajikistan, as well as the opportunities available to increase mutual trade in goods between the parties.

At the same time, the parties noted the importance of expanding not only trade and economic cooperation between the parties, but also the creation of joint projects with the participation of entrepreneurs of Uzbekistan for the sale of manufactured products to Afghanistan and other countries of the region.

The parties also discussed the issue of holding and preparing the Business Forum during the upcoming visit of the Prime Minister of the Republic of Uzbekistan to the Republic of Tajikistan during 28-30 September 2020 and agreed to continue working to further strengthen business ties between entrepreneurs of the two countries. 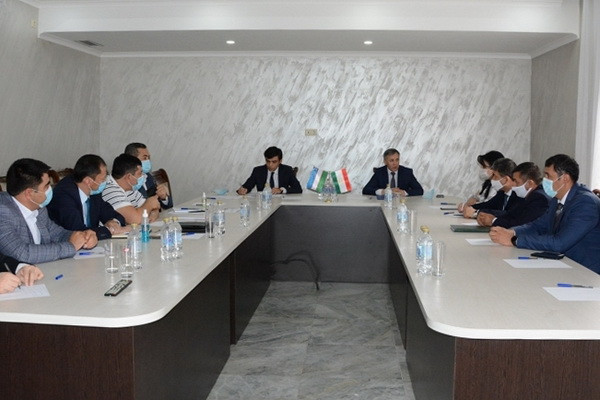